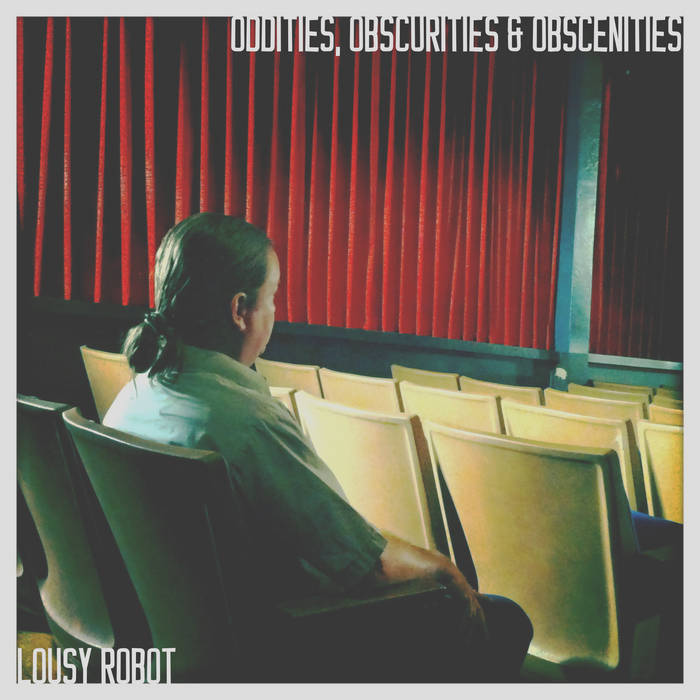 "If you wanna see someone think about them real hard." - Lousy Robot / Jim Phillips

In May 2015, Jim Phillips, singer and mastermind behind Lousy Robot, unexpectedly passed away. Before his death Jim and the band had been working on collecting outtakes and rarities from previous recording sessions in hopes of putting out a collection of weirdness titled “Oddities, Obscurities & Obscenities”.

The work started with a cover of “Dead Flowers” and an iPhone remix of “Peacocks”. Band member Dandee Fleming continued to work on remixes on several other songs.

After Jim’s death, Dandee found two songs that the group had demoed but never completed. Dandee edited and restructured those songs and sent them to friend and long-time producer John Dufliho to complete.

So here it is the last postcard from Chateau Marmont, a collection of music from Lousy Robot and friends: Oddities, Obscurities & Obscenities.

Lousy Robot wishes to thank everyone who has been with the band through the years and those who are also mourning the loss of Jim Philips. The hope is that this new record will serve as a reminder of what a gift Jim was to us all.

Three covers of Lousy Robot songs by friends:
• “Ballad of the Worst King Ever” by John Dufilho
• “Peacocks” by Daniel Miller
• “Christmas In Berlin” by Russell James Pyle

Remixes done by Dandee Fleming:
• “Nailed to the Paper – Day Sleeper”
• “A Not Quite Perfect Film – Film School Dropout”
• “Peacocks – Fast Fashion”
• “Have You Ever Been Afraid of the Future – Closing Credits”

Outtakes and alternate versions of previously released songs:
• “Christmas in Berlin – Moody”
• “Fragile – A priceless salvation from the baby crush session”
• “Fragile – Bar band mix”
• “I Got This Dialed In”

A cover Lousy Robot did of “Overblown” by Doctor Popular