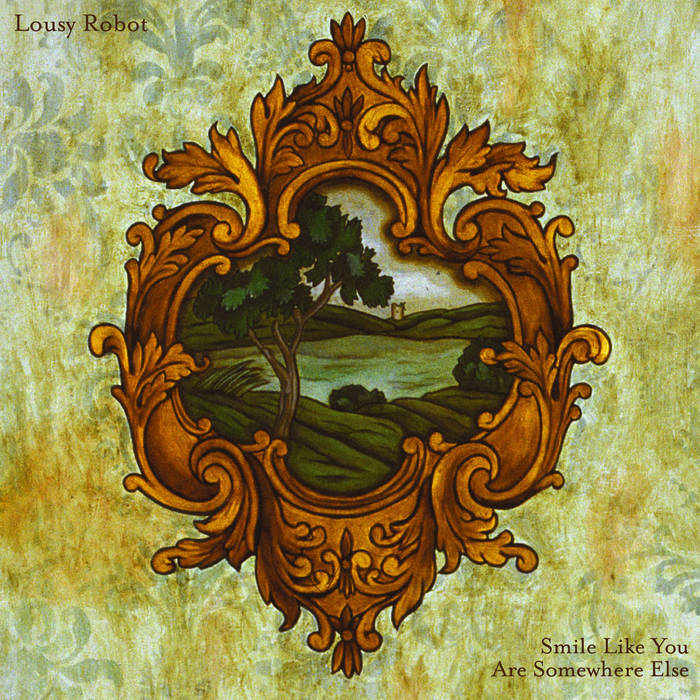 “It's a weird disguise. Like a beard of bees.” –Lousy Robot

If you want to find Lousy Robot, just take a look into the creepy, post-punk world of Indie-Pop. A four-piece rock group from
Albuquerque, Lousy Robot are well known for creating catchy, noisy songs aimed at the cynical but somehow resonating with the hopeful. Songs about the not-so-everyday lives we deal with everyday.

Their critically acclaimed first release, The Strange and True Story of Your Life, was an enigmatic, narcotic effort influenced and produced by the complicated hand of John Dufilho (The Deathray Davies - Apples In Stereo). Always prolific, Lousy Robot and Dufilho returned to Salim Nourallah's Pleasantry Lane Studio a year later. The end result of this session is Smile Like You Are Somewhere Else, a brand new collection of introspective pop songs with special guests ranging from Cory Watson (Black Tie Dynasty) to John Lefler (Dashboard Confessional). It is a truly confident companion to the band's live performances.

Recorded in outrageous danger and with desperate fondness at Pleasantry Lane, Dallas, October 2005